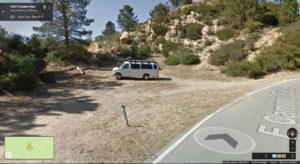 As I reflect on Wilderness Youth Project’s 20th anniversary, some of the moments that mark the passing of time are really quite funny in retrospect. A few years ago I was organizing a site visit for a donor. For a lot of nonprofits this is easy: you set up a time, you tell them your address, they come to visit you. At Wilderness Youth Project, it’s not that simple. Our programs don’t happen at an address. They happen somewhere out there in the natural world. A lot of the places we go don’t even have names. Or if they do, the name only refers to an entire area with several access points.

So, we’ve had to make up a bunch of our own names. “The Bridge to Nowhere” refers to the Gaitero access to the San Marcos Foothills Preserve. “The Poison Forest” refers to the Shoreline Drive access to More Mesa. (Did you know that Goleta and Santa Barbara each have a Shoreline Drive?). “Catfish Corner” refers to a particularly fun swimming hole in the Santa Ynez River. The Oakylptus Tree and the Medusa Tree are charismatic trees at Lake Los Carneros and Ellwood Mesa.

This particular site visit was at a place WYP knows as “The Pines,” which is a grove of knobcone pines on East Camino Cielo. There’s no sign, no name, not even a cross street to reference. I pulled up Google Streetview to try and find an image that I could send along, to make sure we all arrived at the same spot. I dropped the little yellow man icon on HWY 154 and slowly advanced it along East Camino Cielo. At each dirt pullout I had to zoom out a little to make sure it wasn’t the right one, until, I reached another pullout and instantly realized, “oh, that’s definitely the right one,” not because I recognized the trees so well, but because there was a WYP van parked there in Streetview!

Of course it’s not that startling in the grand scheme of things, but still, it made an impression on me. WYP started as its own non-profit in 1999 with one van. When I became the director in 2008, we had three vans. Now, as we celebrate our 20th anniversary, we have a fleet of 12 vans and 37 programs per week during the school year. We are out there, a lot, with kids, all over the place, all week long. There are probably more images of WYP vans in Streetview if I took the time to search all the places we go.

If you just found yourself thinking, “I had no idea there were 37 programs per week,” you’re in good company with the vast majority of people in the WYP community. Most participants and parents of participants only know the program that they are involved with, and have no interaction with the other programs. “But how did it grow to 37 weekly programs?” you might ask.

The short answer is that Nature Connection is for everybody, but WYP’s growth in the community didn’t happen in any sort of straight line. Before WYP became its own non-profit in 1999, it was a program of the Transition House serving homeless families; we exclusively served children who could never afford to pay for our programs. Back then the idea of Nature Connection was well outside of the mainstream, but over the early years, more people found out about WYP and wanted to pay for programs for their children.

The branch of WYP for families who could afford to pay for programs grew itself. As WYP started to approach ten years old, the fee paying branch was so big that the tree became lopsided, and we decided to double-down on Justice, Equity, Diversity and Inclusion. Among many of our newly defined goals, one was central. We wanted the demographics of the children in our programs and the demographics of our staff (and volunteers and board) to mirror the demographics of the people who live in our service area (Goleta to Carpinteria).

It was a great time to double down. Richard Louv’s book, Last Child in the Woods had reached a large enough audience that we didn’t have to explain what Nature Connection was anymore. Other organizations started using the term. Researchers were documenting the phenomenon of Nature Deficit Disorder. More and more peer organizations were asking if they could partner with us. Other organizations even started asking if we could train their staff in our mentoring approach. Most importantly, the philanthropic community began valuing our work more, and giving even more generously to it. 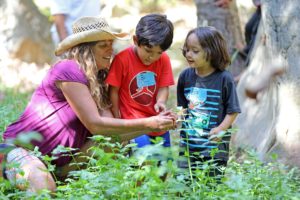 Now we have programs for students in the AAPL Academy at San Marcos High School, and for preschoolers at Storyteller Children’s Center; at Peabody Charter School and the Police Activities League; at Cleveland Elementary and Crane Country Day School; and after-school programs meeting out of Tucker’s Grove and the Rose Garden for kids from most every other school. Nature Connection isn’t just for everyone, it’s now being adopted as a priority by everyone.

Have we met all of our goals? Not yet. WYP has a staff of 32 people, one quarter of which are bilingual in English and Spanish. About 40% of the children that WYP serves are eligible for the Free and Reduced Meal Program (FRPM) at their school, whereas about 50% of the K-12 children on the South Coast are eligible for FRPM. There’s still a ways to go, but we are getting there. 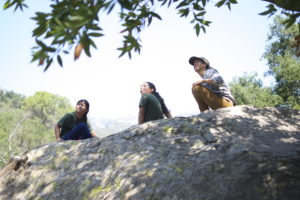 Notice, that I didn’t say how many children WYP serves in a year. It’s a question everyone asks, but it’s my least favorite to divulge, because in some ways it’s almost contrary to our priority of connection. The operative metric in the non-profit sector is “unduplicated youth,” which at WYP turns out to be a little over a thousand children last year. Instead, I prefer to focus on the amount of time that participants are spending with us. The range is pretty wide, but on average, participants spend 65 hours with us per year. Some spend as little as 35 hours. Others spend over 500 hours with us in a year.

In order to connect deeply with nature, each other, and ourselves, we need this time. Any connection is only as strong as the time we give it.  Additionally, the quality of time is equally important, so we need our group sizes to be small enough that everybody gets to know each other as individuals.  Most group sizes for us range from 9 – 15 children and have 2 paid staff and one volunteer. This group size and these amount of time, allow us to have authentic mentoring relationships with the children. 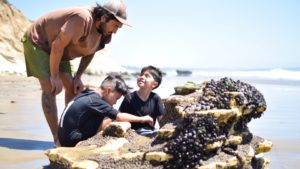 You might also be surprised to learn that for an organization that’s focused on Nature, it’s actually the mentoring relationship that has drawn so many people to our community. When I became the director, I was surprised to learn that a lot of the families who could afford to pay for their children to attend our programs were already very outdoorsy. I knew this because I would see them with their children on the weekends when I went for outings myself. Eventually, and somewhat timidly, I asked one of these parents why they were sending their children to us if they were already doing a lot outdoors.

I’ve never forgotten her answer. “We send our kids to you because we want other adults in our children’s lives to reinforce the values that we have at home.” After she said this to me, so many aspects of our work came into deeper clarity for me, and I couldn’t help but reflect on my own childhood. On the one hand, I had a lot more outdoor time than the average child these days, and I certainly had far more autonomy. But I didn’t have an adult mentor invested in my growth, and none of my friends did either.

Those of us who grew up with this autonomy learned a lot. And yet, the addition of a mentor adds so much depth to the growth that children experience. Mentors gently nudge children toward the edges of their comfort zones, and they are there to make repairs and help children learn when they push out too far. How do the different aspects of nature all fit together? How do you repair a friendship? How do you muster the grit to try again? How do you put out a fire? How do you practice gratitude? These, and so many more, are important life lessons that are immensely helped by the presence of a mentor.