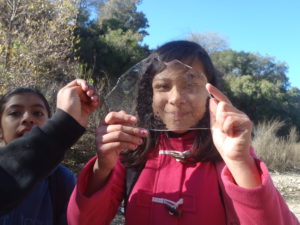 This past May a bill was introduced to Congress, commonly titled “Healthy Kids Outdoor Act of 2014.” This is a nearly identical version of a bill that was introduced in 2011 and subsequently was not enacted. The prognosis for this bill is similarly grim; most predictive measures give it a less than 5% chance of being enacted. Whether or not this spurs you to political action, I found it worthwhile to ruminate on this bill, the tide behind it and the landscape that lies ahead.

If you are not familiar with how a bill becomes a law, one of the first things that is established is the, “Findings.” In this case there are 19 separate findings that range from mental and physical health of children, stress, urban landscaping, protection of natural resources, both national and local economies and even military readiness. This is now the scope of promoting physically active lifestyles in places of wild character. For example, “Children today are spending less time outdoors than any generation in human history, as evidenced by studies that show children enjoy half as much time outdoors today as they did just 20 years ago, while spending more than 71/2 hours every day in front of electronic media;” or the tenth finding, “Children who spend time playing outside are more likely to take risks, seek out adventure, develop self-confidence, and respect the value of nature. A direct childhood experience with nature before the age of 11 promotes a long-term connection to nature.”

The bill surprisingly simple. It calls for the Secretary of the Interior to encourage states to develop a five-year plan that addresses the “Findings.” The plan needs to have public input and it needs to incorporate “local” NGO’s. Furthermore it directs the Secretary to support research into the benefits of addressing the “Findings.” Lastly, it directs the President to develop a national strategy. 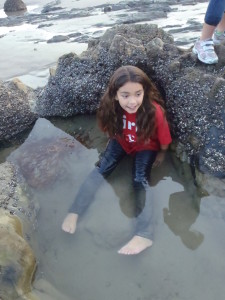 Currently the Bill has 2 (out of 100) Senate Co-Sponsors and 8 (out of 435) House Co-Sponsors. which means there is an extremely good chance that your elected official does not actively support this bill. However, (according to a quick google search) the Bill is endorsed by The American Camp Association, The National Wildlife Federation, The Wilderness Society, The Outdoors Alliance for Kids and The American Society of Landscape Architects.

Using a Congressional Bill as a measure or indicator of how the public at large views the relevance of Nature Connection is probably a debatable practice. However, it appears clear that as a nation we are directing a pittance of our attention or fiscal resources on rekindling such a connection. Set within this context, I am deeply grateful for the level of sophistication with which Wilderness Youth Project and its supporters address the health and well being of local children, their families and ultimately, the community of Santa Barbara.