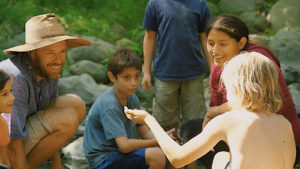 Here is a scavenger hunt you can play by yourself or with a friend over Facetime or Zoom. You can share with each other what you have around your house that reminds you of things you might find out in nature. The objects you find do not have to be natural themselves, just resemble them in some way. Give a fun explanation or story for each. If you can’t find something right away, skip it and move on. If you think of something later, you can always come back to it and share it then.

For a printable version of this scavenger hunt, click here!

Here is a list of 40 possible items to find in your house that remind you of nature: