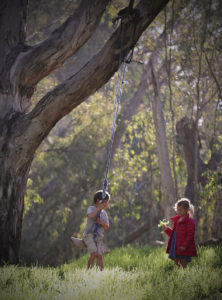 As we are settling into the new routine of online learning (for now) for our children, some of us may be worried about the amount of play our children are having versus the amount of academic learning. Maybe some of us are doing some hardcore homeschooling. Perhaps some of us are worried that our children will fall behind in school, and have to play catch up next year so we are pushing them to get their schoolwork done.  Maybe we see them playing around when they should be doing their school assignments.  Or maybe, even, we have started some brand new academic programs for them out of fear that they will start out their school career behind. I want to invite you to look at  academic learning versus play through a different lens. Mr. Rogers (Fred Rogers of Mr. Rogers Neighborhood) once said  “Play is often talked about as if it were a relief from serious learning. But for children, play is serious learning. Play is really the work of childhood.”

Knowing how to play is not something we are born with.  Play is a learned skill and needs to be practiced like every other skill before we can gain mastery. And yes, there is such a thing as a master player!  In the last several years we have been seeing more and more preschool age children who actually do not know how to play with others.  There are many reasons for that; not enough exposure to peers or older children, too much screen time, too much academic work and developmental delays, just to name a few.  Some children simply have not had enough opportunities to practice. There are stages of play that children have to move through that range from unoccupied with no obvious engagement to games with rules, and if they do not start their play journey until they are older, they still have to pass through all of the stages of play.  A child’s temperament plays a role here too, shy children take longer on the play journey than do the flexible or feisty children.  It is a process.

Play supports physical, social, emotional, creative, cognitive, language and spiritual development.  Life skills are learned through play; negotiation, conflict resolution, caring and tending, sharing, self soothing, restraint, empathy…  So many skills are learned through play, even when children are playing with very edgy themes such as gun play (gun play as seen through the lens of childhood, not the lens of adulthood.  Remember, they are not the same view.) and rough and tumble play. With the children in woolly bears, no theme of play is off limits but we do help them to learn to play with the big themes in a healthy way that respects their friend’s limits.  It is important to address the  fear that many parents carry about gun type play.  The fear is that gun play or rough and tumble play will lead to violent adults.  This is simply not the case.  It has been studied extensively and in fact what was found was that violent criminal offenders actually DID NOT get to play as children.  When children play with these themes, “violent” is not a word that we would use to describe the play.  That is the adult lens speaking.  Regarding rough and tumble play, there was a police chief interviewed who said some interesting things.  He said that it is getting harder to find good candidates for the police academies in different  places because most of the current applicants have not had enough rough and tumble play, had never been in a fist fight as they were older and have not had enough socialization with other people.  He said that those officers have a tendency to shoot prematurely and not get to know the people on their beat.  So through healthy rough and tumble play with their peers, children learn how to socialize, regulate their fear response and work with their negotiation skills.  All the things needed to be a good police officer and generally a socially, emotionally healthy adult.

Real authentic and healthy play has some guidelines.  As a player, you are free to quit at any time. Sometimes when children are playing they spend a fair bit of time negotiating the rules or roles of the game. It may take them 45 minutes to set up the game but this is still play.  The children have one goal in play and that is to keep the play going so they have to learn to compromise because if they are unwilling to budge, their playmates quit the game.  There are rules of engagement in children’s play and as observers, we may not understand what those rules are but if we watch long enough, we figure it out as the children tell each other.  In healthy play, children have a “play face”.  They may exaggerate an intense role, their face tenses, their hands clench but they are able to smile and relax their hands in between their lines. Their body is generally relaxed and there is a flow to the play.  Children in healthy play are happy, smiling, full of cooperation, wonder, imagination and they are entering and exiting the play in a good way. 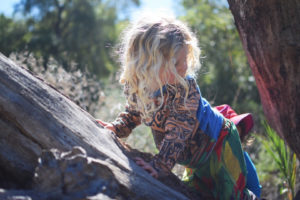 So how do you know when the play has shifted and we need to step in and help them?  Tears are an indicator for sure, however there is a caveat to sibling play.  Sometimes, even though the play is healthy, one child may start crying because they know it will bring in adult intervention.  I remember doing this as a child, the minute I did not get my way I would start crying and my dad would step in.  This usually resulted in the game ending because I got my way and no one wanted to play with me anymore and my siblings got in trouble (and you can bet I was standing behind my dad with my hands on my hips, head cocked sideways and  sticking my tongue out at them too!).  As a parent, I was a little surprised how easy it was for me to fall into the same trap as my dad.  I had to learn to wait to step in and when I finally did, I had to ask a lot of questions and with my children, it was usually the littlest one who “started it” though the urge as a parent was to get on the case of my older children because the littlest one was crying.

So when the play shifts and tears come, we have to find out what happened before that and before that and before that…Another indicator that we may need to help the play along is when the children get mad and they stay tense and can not drop back into a more neutral state.  Their tone of voice often changes, becomes higher pitched and they almost adopt a “boxer stance” and their play face stays tense.  When there is a need for the children to work something out, just move near and give them time to work it out without stepping in with your voice.  It can take up to 20 minutes for them to figure it out and their voices may rise and fall but they are doing valuable work.  What we often do when there’s conflict at school is squat down with the children, maybe put one hand on each shoulder and just listen and look down at the ground.  This shows them that they have support if needed but that we trust them to find a solution.  When they really need help, it is there.  When they reach a solution, it often will take all of your might to not tell them how unfair their solutions are!  But if they are happy with it and it feels good to them, then they accomplished a huge task.  As adults, we have an idea of fairness that is not the same as what children see as fair.  If we see something as completely unfair and we tell them the solution is unfair, the underlying message is that we do not and can not trust them to do it right and we run the risk of creating a victim culture so we must bite our tongues!  They do, in fact, figure out the fairness thing on their own.

So, what is the role of the adult in children’s play? I have to say that adults have the most magical ability to ruin children’s play like no one else.  Stepping in with our ideas of fairness, our ideas of how they should play with each other or how the theme should be played out can really ruin their creative process.  And what about when they ask us to play with them?  If you do not feel like playing, if it feels hard and it is not what you really want to be doing, it is not healthy play and it is best not to play.  On the other hand, if you are super excited to play and you authentically want to, it will be real play.  Children can feel the difference. But keep in mind that the rules of play are that you are free to quit at any time and you get to have some role in creating the theme.  If you do everything the children tell you to do, not only is that not real play, it will get weird quickly as they try to figure out this power that they suddenly have.  Remember, though, that it is ok to not feel like playing with your children and try your best not to feel guilty about it.  When you model authentic good work around your home, you are giving your children a gift of themes for play so it really is ok to not play with them when you do not feel like it or do not have the time.

Albert Einstein said that “play is the highest form of research”.  Children are learning so much through play that is different from what they learn through studying academically.  Academics are valuable but play is undervalued. Children need as much play as possible because they are researching how to be good adults in this world.  I would even say that play is vital to our survival as a species.