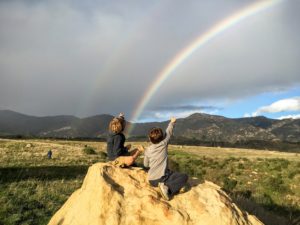 Santa Barbara could be the epicenter of the movement to reconnect children with nature. At Wilderness Youth Project, a few years back, I happened to be wandering down the trail just far enough back from two seven year-old children to overhear this priceless exchange:

Child 1, whispering: “Do you know what they’re doing at Wilderness Youth Project?”
Child 2, leaning in curiously: “What?”
Child 1, proudly: “They’re re-releasing children into the wild!”

Epicenter:
Geology. a point, directly above the true center of disturbance, from which the shock waves of an earthquake apparently radiate.
a focal point, as of activity.

I borrowed the epicenter line from a visiting lecturer, David Sobel. Sobel, a professor and author, has made his life’s work the study of nature’s role in childhood development and education. Going outside to play with WYP for the first of many visits, David reflected: “"Your program is doing EXACTLY what I've been talking about for the last twenty years as I work with educators towards outdoor education. You hit every single point I discuss as criteria for an effective outdoor education program.”

More recently, on a 2015 visit, I heard Sobel describe the role of nature in education as “the warp and weft of the fabric, not the fringe.” I love this metaphor: nature as the strong basis on which we parents and educators weave our teachings. For all the generations we humans have been here on the planet doing our thing, nature was the primary source and the context for what we need to know. But two short (albeit innovative) generations have transformed childhood into an indoor sport. Nature is relegated to books, documentaries with appealing British-accented narration, and vacations (but only for children of a certain social class or geographical good fortune). 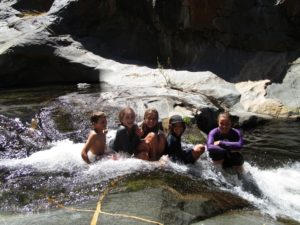 Santa Barbara prides itself on being the home of the modern environmental movement. And not unjustly: the 1969 oil spill did inspire then-Senator Gaylord Nelson to create the first ever Earth Day. The nation’s outraged reaction to the spill resulted in a bipartisan reaction we can’t even imagine today. In quick succession were the establishment of the Environmental Protection Agency (1970), the Clean Water Act (1972) and the Endangered Species Act (1973).

The oil spill was vivid, sudden and disastrous. I suppose, in today’s terms, it made for pretty affecting “optics”. What type of event would catalyze widespread fast action to respond to the crisis of the indoorization of childhood? I thought it was disastrous enough when the Oxford Junior Dictionary removed a generous handful of nature words (blackberry, beaver, heron) as more or less obsolete. But really, that’s not oil-spill-level. Richard Louv came closest, coining a new pathology, Nature Deficit Disorder, in his Last Child in the Woods.

Let’s assume we’re not going to experience widespread condemnation of the quiet catastrophe of indoor children. Instead, we could focus on the good news of nature connection as our call to action. In a way entirely unrelated to our relative proximity to the San Andreas fault, Santa Barbara could put ourselves on the map again, this time as a leader in a global movement to reconnect childhood to nature.

Kids (and other people, too) + Nature = Good

Time outdoors, in turns out, is fundamentally really really good for humans. The list of benefits on body and brain read like a miracle drug: it will make you smarter, healthier and happier. There’s a veritable deluge of research. Want to see how nature makes kids do better on tests? Why it makes them nicer to each other? How their bodies respond to movement outdoors? The way thirty minutes of time outside is about as effective as ADD/ADHD meds for some kids? There’s so much information out there that the Children & Nature Network maintains a smart searchable online research library. 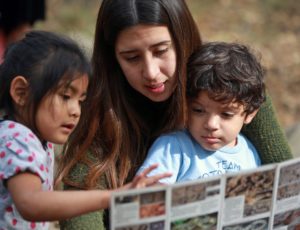 Plus, kids who grow up in contact with nature are way more likely to want to protect the environment. Santa Barbara could ensure our proud status as home to the environmental movement by raising the next generation of environmental stewards. Let’s skip the natural disaster and get going on our next leadership role: Santa Barbara, Where No Child Is Left Inside!