I can still remember the sign, be it in snow, bright green or rusty reds,

This past year the official concept of Wilderness in America turned fifty years old. I have tremendous gratitude for the Congress of 1964 for having the courage to attempt something as radical and far-sighted as The Wilderness Act and the adult I eventually became owes a great debt to the time I spent having passed that sign. So it was with some personal investment that I set out to read much of what scholars have to say about the fifty years since the adoption of The Wilderness Act. 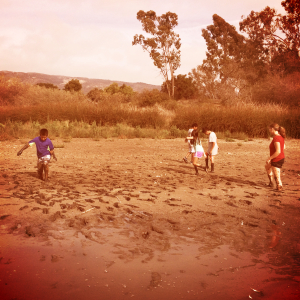 Of course no scholar would be worth their degree if they didn’t try to explain what wilderness is; and though the subtleties are nearly infinite many tend to organize themselves into two major watersheds. One believes in a vast, iconic wilderness that is rich with treasures where the intrepid can test their mettle and find their solace. The other believes that what is truly wild about wilderness is that it gets to evolve without our interference, that is to say, an area is only a wilderness because it is unmanaged. These two camps clash when confronted with the idea that the mighty sequoias likely won’t survive a warming climate. Should we water them?

Those who choose to stay out of that debate often find themselves ruminating on another aspect of Wilderness and its metaphoric link to our own mind; it seems they have a lot in common. Having worked with children routinely in places of wild character I have seen the affinity of the child’s mind for the wonder of the wild place. Like attracts like. However, it is no longer a given that children will have such an opportunity. Kids very rarely get the opportunity to interact with a place on their own terms, rarer still a wild place. Just like a modern Wilderness Area, it is getting harder and harder to be allowed to evolve without interference.

In early October I read an article published online via Outside Magazine, “Reboot or Die Trying,” by David Roberts. Briefly, a grown man and avid electronic media consumer examines the influence of habitual e-media use and attempts to “fast” for a prolonged period. I found the article both painful and funny and solidly supported with current research. In the article the wilderness also plays the familiar and critical role of refuge; spoiler alert: he goes to Utah. What stood out to me in Roberts’

article was how intentional the choice was to take a sabbatical from the push of digital information. In fact, the strength of the article is entirely based upon his meta-cognitive insights – he knew what he was doing. Like the sequoias,he recognized he was no longer as robust and vital, he was less observant and participatory in the natural world. His life, to him was a treasure and it cried out for better management. He was an adult and one of the key privileges of adulthood is the autonomy of a self-directed and reflective life. If done well, a chance to just be.

People often make the mistake of believing children to be the epitome of this ideal state; the baby in the tub staring at bubbles, the kid digging in the beach sand for the entirety of a tidal cycle. However, innocent and absorbed those kids look, they are not just being; they are becoming. A child becomes an adult. You can choose to continue to evolve as an adult if you want but a child does not have that choice. They are ceaselessly becoming. This realization brought be back around to the debaters. The most radical part of the Wilderness Act was that, if interpreted conservatively, we were going to set land aside and leave it alone. That, at the time, we still had enough faith in the 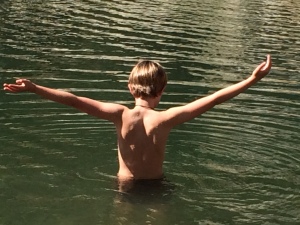 fortitude of the natural world that we recognized it would be prudent to leave some areas alone, to become wild again and again. To become itself.

In David Roberts’ case, his brush with e-media was fairly extreme but by no means unheard of. It was his career. I’m writing a blog post right now as an Outdoor Education Professional. The rarity is that he recognized the detrimental effects. Now google “screen time and kids.” Like global warming to a stand of trees, there are intensely pervasive forces at work that are influencing the development of children, potentially altering what they may become. Part antidote and part tonic, routine exposure to places of wild character is a far-sighted gift to children, and what they will become.