What Happened to Telling Children to Go Outside and Play? I was 25 when I became a mother, and perhaps I was still somewhat naive. Yet nothing, not even my early science-fiction addiction, prepared me for the bizarre complexities of parenthood. I’m not talking about the sleepless nights, the confusion of soothing a crying infant, or the floods of hormones altering my personality. No, the full force of the complexity of modern-day parenting hit me when it came time for school.

When I was a kid, we all just went to the neighborhood schools. When my daughter turned five, much to my dismay, I found myself with an entire spreadsheet listing all of the possible schools and the pros and cons of each. 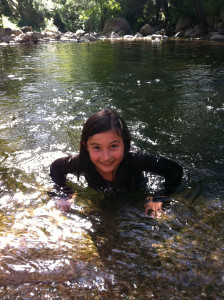 One school extolled the virtues of its walled and gated campus, offering reassurance that no strangers could get anywhere near the children. Stranger danger. Go ahead, Google it. (Yes, it is official, Google is a verb.) You can take an online quiz to determine whether your child has been adequately trained to fear faces she doesn’t recognize. If he were alive today, Mr. Rogers would surely have to change his tune: “Won’t you double-bolt the door and make sure you don’t meet the neighbor?”

Good-bye, “Go outside and play.” Hello, “Nanny cams.” But the level of fear doesn’t seem to correlate with the facts. The National Center for Missing & Exploited Children (NCMEC) has never supported the “stranger-danger” message, because most children are actually taken by someone they know. As far as assaults on women under 18, 86 percent are perpetrated by someone known to the victim. Scary headlines convince us to keep our kids inside. The Santa Barbara Rape Crisis Center has a treasure trove of information about risk reduction and assault prevention, and nowhere on the list does it say “stay indoors.”

In my day, believe it or not, we still used our legs to get ourselves to school sometimes. We walked or even rode bicycles. Yet my friend, who lives only 12 blocks from her daughter’s high school, rarely lets her daughter walk home. And when she’s stuck at work and can’t go pick up her daughter, she spends the afternoon worrying. I recently started letting my eight-year-old daughter walk the few blocks from our house to the beach. My mind spins yarns about disapproving neighbors, writing me off as reckless and foolhardy. I admit that I’m not immune to the pervasive messages of fear. But I’m not about to give in.

I’m convinced that independence matters. Unlike all other mammals, who function as adults as soon as they reach puberty, we humans now extend childhood well into our 20s. Apparently 26 is the new unofficial age of adulthood. Our culture collaborates to support this long adolescence. Whole industries depend entirely on the angst generated by the battle between internal biological signals and societal norms. 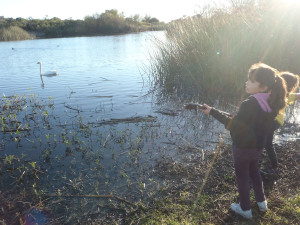 I’m betting that the benefits of outdoor time and a bit of independence outweigh the dangers, real and imagined

The fear factor and prolonged childhood seem to be two major causes in the indoor-ization of our society. I’m betting that the benefits of outdoor time and a bit of independence outweigh the dangers, real and imagined. But don’t take it from me.
We Americans love our Expert Opinions. The E.O.s are pretty unified on this front: It turns out that nature is, in fact, good for you.

Here is a sampling of some of my Favorite Facts from the Expert Opinions*:
• Children with views of and contact with nature score higher on tests of concentration and self-discipline. The greener the view, the better the scores.
• Children who play regularly in natural environments show more advanced motor fitness, including coordination, balance, and agility, and they are sick less often.
Exposure to natural environments improves children’s cognitive development by improving their awareness, reasoning, and observational skills.
• Children who play in nature have more positive feelings about each other.
• Children with symptoms of Attention Deficit Hyperactivity Disorder (ADHD) are better able to concentrate after contact with nature.

Of course, all of these benefits aren’t just for kids anymore. Stress relief, physical health, reduced aggression, and more can be had in just one half hour per day dose of green time. 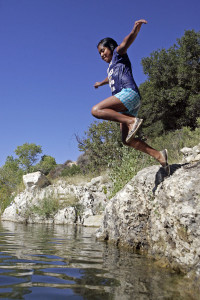 Go on now, grab the kids, and get outside.

Stories from the Field