Amid the rocky sandstone of White Mountain, just north of downtown Santa Barbara, Kittyhawk was poised to grow wings. There was no better day to take to the sky. Across the scenic, azure backdrop of the California horizon were thick cumulus clouds, hovering just above where Kittyhawk and her other companions would launch themselves with their paragliders. It was a scene almost out of a dream, a mysterious and fascinating new world beyond the fluffy mist. 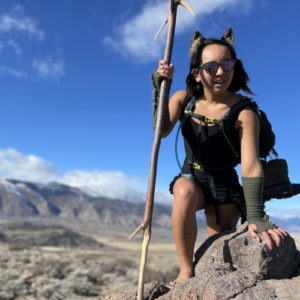 These whimsical clusters were the only things standing in the way of Kittyhawk’s goal to stay in the air as long as she could. As a pilot, she had to be calculated about her much-anticipated launch; paragliding was no walk in the park. The key to having a smooth flight was finding thermals, rising pockets of air that a paraglider could “climb” to rise hundreds of feet above the ground. However, that required a clear and solid takeoff,which could be hampered by the beautiful clouds, rolling so thick over the mountainous ridges that the paragliders only saw glimpses of the beaches and valleys beyond.

After waiting for several of her admittedly nervous fellow pilots to take the leap of faith, Kittyhawk finally saw a break in the cloud cover, providing a perfect wind cycle for her to take flight. Feeling the ocean breeze on the back of her neck, she yelled triumphantly, “Launching!” Lifting up her wing, she was thrust into the sky in an instant.

Hovering in the air, allanxiety that she might have had beforehand dissipated. Her only feeling was an intense desire to ascend. As graceful and mighty as a dragon, she glided upwards through the wispy swirls of clouds and broke through the mist to gaze upon the dramatic beauty of the American Riviera. The earth’s crust seemed to fold in on itself to create the steep ridges of the mountains, dipping to form green valleys dotted with sandstone boulders. 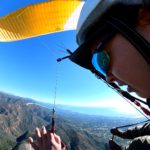 The view from above was unparalleled, and Kittyhawk realized in awe that not everyone could have the privilege of such a sight. While she had bonded with nature in so many intimate ways on program with Wilderness Youth Project, this was a whole new perspective; she was bearing witness to the sheer expanse and majesty of the natural landscape.

Having a literal bird’s eye view, Kittyhawk gleefully watching a hawk hunting for its prey from above, and eyed Skofield Park, a popular spot for WYP programs, in fascination; it looked so unfamiliar from that height as if Kittyhawk had yet to discover all of its secrets. She strained her eyes to scout for a group of WYP kids exploring its foothills. As she flew longer and longer, she felt more adventurous, chasing her friend, also a pilot, back and forth between each familiar Santa Barbara landmark. The sky became a playground, and Kittyhawk was all too eager to play.

Finally touching down from the dreamscape above, Kittyhawk stared at her watch in shocked realization. She had been in the air for 51 minutes, more than double her previous flying time, and had not even known it. Up in the fresh Santa Barbara air, the atmosphere had been timeless; hiking trails and sandy shores beckoned from below, each promising a newer and more joyful adventure than the last. She had felt such a strong connection to those places at that moment, blissfully lost in an invigorating world of triumphant flight.

As a lead program staff at WYP, Kittyhawk is no stranger to the majesty of nature. A proud artist and lover of spontaneous adventure, she relishes providing engaging, timeless experiences for so many young explorers in Santa Barbara. That devotion to cultivating freedom and joy in natural spaces has extended to her personal life as well, inspiring her to reach newer heights as a paraglider.

At WYP, we continue to live by our values of curiosity, exploration, and care for the natural world even outside our professional lives. Every day, our staff continue to display gratitude for our local environments that so many of our children play and grow in, which, in turn, encourage us to play and grow in them as well.

After a truly transformative flight, Kittyhawk can’t wait to visit her aerial playground again, eager to explore her unique connection with the Santa Barbara landscape all over again. Keep your eyes on the Santa Barbara skies and you just might catch a Kittyhawk sighting of your own.

You can read more about Kittyhawk here. 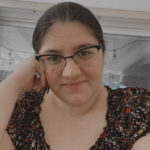 About the author: Julia Barrera (they/she) is a 4th-year Feminist Studies major and Professional Writing minor with an emphasis in Civic Engagement at UCSB. They currently serve as Wilderness Youth Project’s community relations intern, writing creative and promotional content for WYP, and they get to spend every Wednesday mentoring 2nd-5th graders at WYP’s Bridge to Nature after-school program at El Centro SB.